Introduction of a new IAM Solution at Banca Intesa Beograd

Since its foundation in 1991, Banca Intesa Beograd has developed into today’s leading Serbian financial services provider within just a few years. The basis for sustainable business success is always a functioning (IT) infrastructure in the background. Secure and reliable authorization management plays a central role here – for reasons of compliance as well as cost savings.

Since the beginning of 2012, Banca Intesa Beograd has therefore relied on Beta Systems products. Already with the initial start-up scenario, the bank implemented a company-wide identity management solution. With the go-live of the automated user management, the company benefits from increased security, performance, and lower administration costs and fulfills a core requirement within the framework of governance, risk, and compliance.

Banca Intesa’s Security Department consists of three units – Information Security, Physical Security, Business Continuity – and is based in Novi Belgrade, the new business and residential district of the Serbian capital. Miloš Kilibarda heads the department and has been working on identity management for some time.

“After all, the problems arising from hundreds of users who have to work on a multitude of different systems are well known,” he says. “For one thing, it is extremely time-consuming for the IT administration to assign all the necessary access rights manually. Moreover, it is difficult to control whether everyone has exactly the rights they should or are allowed to have at all times.”

The first step in the cooperation was the conclusion of a three-year contract for the GARANCY start-up scenario. This entry-level identity management package included licenses, maintenance, and a coordinated service package for connecting target system applications. These services ensure that the project is planned and executed efficiently.

Furthermore, the bank’s IT team is relieved of additional workload during the implementation. The scope of services includes standardized “Target System Interfaces” (TSI) as well as uConnect, an intelligent connector technology for connecting the bank’s core banking system. In total, the all-inclusive entry package included 3,500 managed user ID licenses. The entire installation of the system and the connection of the target systems went very quickly – also thanks to the fact that Beta Systems was able to provide a local language expert who was immediately available for questions and clarifications during the implementation.

Soon after GARANCY IDM went live, the benefits of the new solution became apparent. “The registration of users for individual applications used to be often tedious and, above all, lacked a stringent system,” says Miloš Kilibarda. If, for example, an employee had to submit documents or tests in order to gain access, it was usually also possible for him or her to submit them later – the IT administrator in charge then noted the exceptions.

“With our identity management solution, we now regulate such procedures in a formal and strict way, because algorithms cannot be influenced and do not allow exceptions. This naturally leads to a changing corporate culture – a culture characterized by security, reliability, and compliance. These are exactly the characteristics that our customers also expect from us as their partner in all financial matters,” says the security boss with conviction. Keyword compliance: The use of the Identity Management solution from Beta Systems enables Banca Intesa not only to comply with compliance, but in particular the control for the implementation of compliance regulations.

In addition, there are cost savings through the use of the Identity Management system. With GARANCY IDM, Banca Intesa optimises and automates its processes. Many activities that IT administrators used to have to do manually have been eliminated. They can therefore devote themselves to other important tasks within security, which previously had to be postponed time and again due to urgent user authorization tasks.

Learn more about the methodology of IAM implementation here

The Challenge
The main objective of Banca Intesa Beograd’s identity management project was to implement a centralised, automated system for provisioning access rights in order to provide proof of compliance and reduce costs. 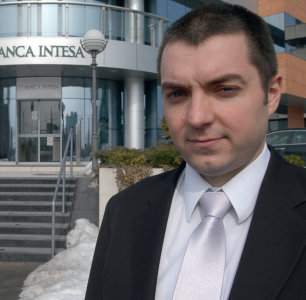